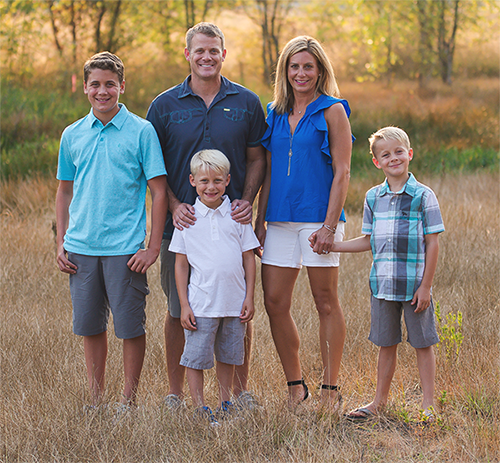 Dr. Shewey joined his father, Dr. William Shewey, in practice in September of 2000 after graduating from the University of Washington School of Dentistry. Dr. Christian grew up on the Eastside and went to undergraduate at the University of Washington on a baseball scholarship as a catcher. He had a very successful baseball career including twice being on the "All Pac-10 Team", Husky team captain, and was drafted by the Seattle Mariners. Dr. Christian decided to forgo the opportunity to play professional baseball after his senior year and opted instead to begin his second career as a dentist, and attend the acclaimed UW School of Dentistry. He excelled in dental school and received the "Fixed Prosthodonics Award" upon graduation in 2000, given to the student showing the best clinical skills and proficiency in doing crowns and bridges. Dr. Shewey is an active member of the American Dental Association, Washington State Dental Association, King County Dental Association, and many study clubs as well. Dr. Christian and his wife Kelly live in Seattle with their children Conor, Rece and Brooks. In his spare time, Dr. Christian enjoys coaching youth baseball, golfing and exercising.

Infection control has always been a top priority for our practice. It is important that both our staff and patients are comfortable in our environment. We feel that as we prepare to reopen you should be aware of the changes we have made in our office. (CLICK TO READ MORE)

Dr. Shewey was selected by his peers as one of Seattle's Top Dentists for